Jesse talks to Olivia Harne about her Grassroots Mapping
publication series that provides an introduction to non-professionals interested in sharing location narratives.

Grassroots Mapping for the Gulf of Mexico Oil Spill

Recently we featured the Grassroots Mapping project, a community participatory mapping initiative from the MIT Media Lab, on the podcast, and now the Grassroots team has headed down to Louisiana to try to utilize their balloon-based camera system to acquire imagery and map the Gulf oil spill along the Louisiana coast. Their goals are not to replace official imagery and mapping of the disaster, but rather to supplement the information by allowing citizens to provide their own documentation of the event using low-cost balloons to get aerial images for mapping.

If any of you are in the area, and would like to help out with the efforts, you can find more information at the Grassroots Mapping wiki for the Gulf Oil Spill project. There is also an article posted on CNN.com.

Posted in Cartography, general, GeographyAwareness, Remote Sensing | Comments Off on Grassroots Mapping for the Gulf of Mexico Oil Spill

JGrass is a java framework based version of the free GIS package Grass. The idea behind JGrass is to make the Grass system more up to date and portable across different desktop environments. Grass is nice but it’s tied strongly to various versions of Linux (although there IS a Windows and a Mac version available!) JGrass creates a strongly portable development base that could theoretically be ported across OSes with relative ease.

We’ll definitely have to give JGrass a lookie see when we do our rundown of desktop applications in the near future!

GRASS GIS, the free GIS software package that was first developed in the early 1980s by the US Army Construction Engineering Research Lab (USA-CERL). Version 6.0.2 of GRASS was just released on February 22nd. GRASS has a worldwide user and developer community, and in fact the official site is now on an Italian domain. So, let’s see if we can get a geospatial related Digg onto the front page. Head over to Digg.com (you have to register for free to Digg something) and search using ‘grass gis’ as the keywords. The GRASS entry should come up, and you just click to the left of the entry to Digg it.

Posted in GIS_Software | Comments Off on GRASS GIS on Digg

Catching up on some news

Posted in Podcast, Show Notes | Comments Off on A VerySpatial Podcast – Episode 647 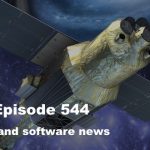 Lots of rocket and software news.

Posted in Podcast, Show Notes | Comments Off on A VerySpatial Podcast – Episode 544

Posted in Podcast, Show Notes | Comments Off on A VerySpatial Podcast – Episode 537 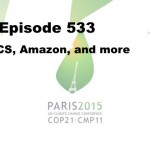 Topics include: Climate, Amazon, ACS, Australia open data, and many others

Posted in Podcast, Show Notes | Comments Off on A VerySpatial Podcast – Episode 533

Posted in Podcast, Show Notes | Comments Off on A VerySpatial Podcast – Episode 502

Main Topic: Our conversation with Max Baber on USGIF Scholarships

Posted in Podcast, Show Notes | Comments Off on A VerySpatial Podcast – Episode 456

Posted in Podcast, Show Notes | Comments Off on A VerySpatial Podcast – Episode 420

Posted in Podcast, Show Notes | Comments Off on A VerySpatial Podcast – Episode 407

How space can make us better I am sitting at my desk feeling slightly befuddled by my own question…”what would you put in a geospatial lab kit”. I want to move my fall class out of the class/lab regime to have them put feet to grass and get a better sense of the use of maps and data collection. My first instinct is to toss them a GPS and say ‘see you in an hour’ but we are at the stage where there are too many people in a class to break up into groups with our Trimbles and not yet at the point where I am ready to get a dozen consumer devices. Plus, this doesn’t give the students something that they can use after the class.

A quick Google search with variations gave me no ‘go to’ list that others offer up for use in their classes. Some things seem obvious like a compass and a copy of the local USGS quad, but what is the best balance between cool tools/toys (200 foot tape) and good expectation of costs ($10? $200?). Do you focus on mapping, how far into surveying do you go?

Like I said, befuddled. To begin to resolve my befuddlement I have decided to look at and list materials then go through and figure out what fits into my current structure or would require only minimal tweaks to fit into class or labs. At the same time I want hear what others are using in class or at work that would help someone just getting into Geography and geospatial technologies. Please email or leave suggestions in the comments. In a few days I will share my original list (with suggestions), the items I am probably going to require for class/lab in the fall, and then in the fall I will share how well the items are working out in my class.

Thanks in advance for sharing your ideas!

Main Topic: Our conversation on the tensions between research and teaching in higher education

Posted in general, Podcast, Show Notes | Comments Off on A VerySpatial Podcast – Episode 269

Oostvaardersplassen – The Pleistocene is just a train ride away

Previously we’ve posted about Pleistocene Park, and a similar project in Scotland that are aimed at recreating the fauna and flora of the Pleistocene Era by setting aside protected areas that are kept ‘wild’. Oostvaardersplassen, a park in the Netherlands, has created a similar preserve, using Konik horses and Heck cattle to give a feel for similar, but extinct, Pleistocene herbivores like the tarpan and European bison and elk. The landscape is mostly open grasslands, with small copses of trees. Currently, the Oostvaardersplassen is an isolated nature preserve, but you can take a train ride that passes through the park, and there are plans to open a natural corridor to a forest area in Zeewolde.

There is some controversy over efforts like Oostvaardersplassen, including issues of whether to truly leave these areas to nature, even when harsh winters might kill significant portions of the wildlife in such parks or when animals become sick and injured. What do you think? Do preserves like Oostvaardersplassen and Pleistocene Park really give a us a chance to glimpse a vanished landscape?

Here’s a short video of Oostervaardersplassen that gives you a good idea of what the landscape and wild horse herds are like:

Via io9 and Ark in Space

Posted in Environmental, general, Physical Geography | Comments Off on Oostvaardersplassen – The Pleistocene is just a train ride away

Main Topic: Our conversation with Andrew Shears about his research on post-Katrina New Orleans

Posted in general, Podcast, Show Notes | Comments Off on A VerySpatial Podcast – Episode 249

When I sat down with the BBC News site today I was struck by the number of articles that are related to attempts to create green energy or cut greenhouse gas emissions. I will start off with the one that I found most striking, Hatoyama’s pledge to cut Japan’s emissions by 25% (1990 to 2020). This progressive goal clearly outstrips the 8% that Prime Minister Aso sought, though the 25% is connected to other developed countries pledging similar cuts. With the EU offering a similar cut will the US and other countries step-up to support similar pledges? At the same time the proposed UN climate deal to be agreed on in an upcoming summit in Copenhagen could be hanging ‘in the balance‘.

A couple of technical articles focused on the use of floating wind turbines to allow for offshore wind power farms to be created, and an initial deal signed for the construction of the largest solar array in the world in China by 2019.

However, despite the policy discussions and technical movements afoot, another article suggests that our broadening knowledge of environmental issues is not necessarily translating to a reduced global eco-footprint. Just as with Japan and the EU’s attempts to generate a global movement, we need to support grassroot movements at a broad level as well. Now if there was just a bus that I could take to work…

Live blogging – all times PST and I’ll try to get pictures up as quick as possible.

8:39 – Meet the people around you.  I met a nice guy from the ESRI surfaces office out of Denver named Jonathan.  He’s involed in the aerospace group out of that office

8:40 – Jack’s running down the wealth of work that everyone out in the field actually do.  No shock – nearly every field is touched by GIS.

8:42 – SAG Award winners stand up.  I always like to look for those badges and give them the two finger “howdy” salute bikers give each other on the highway.  Not sure anyone else gets that.  But it amuses me.

8:43 – Centpoint energy gets a SAG award.  Short video showing what they do.  No surprise energy is winner, as they’re a huge GIS user.  They’re heavily in the enterprise stuff.  Right now, they’re demoing how storm and hurricane predictions help they figure out where to put their repair resources.  It’s pretty cool.  Thousands of crews together ready to deploy.  Cindy is accepting the award for the company.  Jack is saying that in several hurricans, Cindy mobilized all their people to restore power in days.

8:47 – Making a difference award.  Being given to an Indian scientist Dr. Kasturirangan, who is the godfather of the India remote sensing space organization.  He has apparently run for office in the Indian government, and is now going to run the national planning in that country.

8:50 – President’s Award.  Jack’s favorite (no surprise there).  This year goes to the state of Maryland, one of ESRI’s first customers.  They’ve been doing some interesting things with server.  I know West Virginia has adopted some of the technology and techniques they’ve developed.  Jack says this is largely to result of the vision of the Governor O’Malley.  The Governor is saying that GIS isn’t just a tool or a techniques, it allows connections to be made between groups and ideas.  Side note – the green tie is kinda cool.  Not many politicians rock the bright green tie, so kudos.  He’s bringing up some of their government people actually doing the work.  He’s asking why every citizen’s first question is always – “Can you show me my house?”  Good question.  Then half of them will freak out because you CAN show them your house.  Just my own experience, not the good Governor’s.  He’s detailing how they’re using “smart maps”.  Oddly enough, probably the most popular is using them to reduce wait times at the DMV.  Is there any government agency more hated than the DMV?  Green print sounds cool.  It shows the environment of anyone who wants to put in their address and how it can be protected.  Now he’s talking about the recovery act.  Maryland has developed a really cool site to track how and where that money from the federal government is being spent.  West Virginia has adopted the same system.  It’s built on ArcServer and the Flex API (which is pretty fun in my experience).
END_OF_DOCUMENT_TOKEN_TO_BE_REPLACED

Posted in general | Comments Off on ESRI Live Blogging of Plenary