If you are attending the upcoming 2015 Association of American Geographers (AAG) annual meeting in Chicago, IL this year, Elmhurst College is one of the Chicagoland colleges doing noteworthy work in GIS and Geography that you might want to stop by and visit. Elmhurst College’s School for Professional Studies is offering a FREE 4-week (March 1-March 28), Massive Open Online Course (MOOC) on Skills for Digital Earth designed to introduce how location technologies are used in society.  The course will be taught by Judith Bock, Program Director, Department of Geography and Geosciences at Elmhurst. The MOOC is designed for those with no prior experience with geographic information systems (GIS) software all the way to advanced users. END_OF_DOCUMENT_TOKEN_TO_BE_REPLACED

According to a 2013 poll of GIS professionals on GIS Lounge, half of the respondents held a GIS intership at the start of their career. Andrew Fomil is a good example of how geospatial professionals use interships to get started. A young GIS professional, he has worked at ESRI D.C. (paid internship), American Geophysical Union, and Thomson Reuters, but he got his start with an NSF GIS Internship at the National Holocaust Museum. He is currently a graduate student finishing his Geography/GISc Master’s Degree at West Virginia University which he hopes like many students, along with his work experience and portfolio, to qualify him for more advanced projects and GIS management. Here he answers some questions about his experience. END_OF_DOCUMENT_TOKEN_TO_BE_REPLACED

Main Topic: Elvin Slavik of Esri on mobile and the future of technology

We have been going at this for a while now…500 weeks of production at least. Our first blog post (of about 3,600 to date) went up on July 12, 2005. The first podcast episode went up later that month on July 24th. Since then we have created 500 weekly audio episodes, around 50 video episodes, 72 Special Episodes, and around 110 Roadshow (conference) episodes, putting us closer to 730 total episodes (and I probably forgot to count some).

Today is a day that we will hold dear for its milestone number, but it is just a step toward 2015’s true highlight in our hearts…our 10th anniversary. As we head toward July we are going to continue to highlight conversations we have at upcoming conferences, our own thoughts on changes in the geospatial industry, and topics discussed with industry insiders…but we (as always) would like to know who you would like us to talk to and topics you would like us to talk about. I encourage you to tweet us, email us, even call or Skype us, and let us know what you would like to hear.

I would like to take a second to introduce Aleigha, our intern for the next couple of months (the Spring 2015 semester). She is a senior studying Journalism and will be working on a few different things to help us as we head to our 10th anniversary. The two main things that you all will see are some:

1) ‘back to basics’ perspective pieces about various technologies (UAS, LBS, FMV) that we talk about all the time in the podcast, but which we often start from a (somewhat) expert perspective. I hope Aleigha, as someone looking in from the outside, can provide a voice that speaks to those just getting into these acronyms and terms; and

2) a couple of episodes of VerySpatial TV. We will start planning those episodes in the next couple of weeks and you should see them in March or April.

Either way, it is great having her on board and we look forward to sharing her experiences as she learns about the wonderful world of Geography and geospatial! 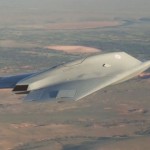 Main Topic: Our interview with Safe Software‘s Don and Dale