Artist Yataka Sone has created what may be the heaviest map ever – a marble carving of Manhattan, called ‘Little Manhattan’. The 3D model map of the Big Apple was carved out of a block of white marble that weighs over 2 ½ tons. The artist used photographs, helicopter rides, and Google Earth to make the model.(Visual News)

If that’s a bit much for you to carry around, then a company called Fluid Forms will make a nice silver pendant of any location you desire (not just Manhattan). The company takes a satellite image of the place you desire to see in a pendant then individually crafts the jewelry for you. You’ll get a copy of the source image with your jewelry so you can compare. They’re not cheap (especially for silver jewelry), but they’re way cool and much easier to cart around than a 2 ½ ton block of marble.(Gizmodo)

Posted by: Frank | on September 28, 2011
Posted in Cool Stuff | Comments Off on A Post of Extremes in Mapping

Message in a Bottle

I’m thrilled with any post that allows me to make a The Police reference. Harold Hackett has a rather unusual hobby – he puts messages in a bottle and throws them into the sea. If you’re thinking this is a big waste of time, you’d be wrong. He’s put out 4,800 messages and has gotten back over 3,000 messages for his efforts. I’ll bet your response ratio on your latest email invite or forum post wasn’t as good 🙂 He sends out his address, which forces people to respond to him old school via mail. He’s gotten letters literally from Africa, Russia, Holland, Norway, the Bahamas, and a host of other (mostly European) countries. Harold has been doing this since 1996. His weapons of choice? Ocean Spray Cranberry Juice or Orange Juice bottles because they’re bright and presumably yummy. Plus the pun, of course. His messages have taken upwards of 13 years to bear fruit. He’s made a lot of friends doing this and still gets gifts and cards years later.

Posted by: Frank | on September 27, 2011
Posted in general, Human Geography | Comments Off on Message in a Bottle

Always… Never Forget To Check With The Experts 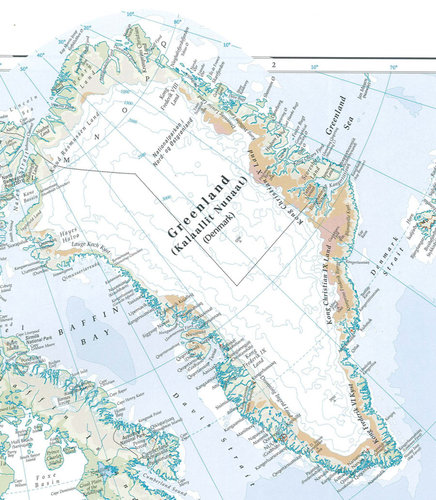 Posted by: Frank | on September 26, 2011
Posted in Cartography, Data, Environmental, GeographyAwareness, Physical Geography | Comments Off on Always… Never Forget To Check With The Experts

Main Topic: Discussion on the role and impact of geoportals

Posted by: Jesse | on September 25, 2011
Posted in Podcast, Show Notes | Comments Off on A VerySpatial Podcast – Episode 323

The Zombie Map of the World

In the spirit of putting up maps this week, The Guardian has an article about a fun Zombie Map of the World created by the Oxford University’s Internet Institute. Class3Outbreak is an interactive game that uses Google Maps to create a zombie game based on your own zombie personalized game.

Posted by: Barb | on September 24, 2011
Posted in General | Comments Off on The Zombie Map of the World It has been a while since I have posted one of the awesome Threadless t’s hocking geo awareness. I think this one definitely makes up for the gap. Sharing the things we all generally know about the various states of the union, this tee would go nicely with a side of How the States Got Their Shape.

As always this shirt is available for purchase over at threadless.com

It seems pretty obvious to me this will be a trend in future elections – Obama seeks data experts for edge. The President leveraged social media pretty effectively in the 2008 campaign. As the article points out, Governor Rick Perry did the same in his election campaign in Texas. What I find the most intriguing is the degree and effectiveness the campaigns have in synthesizing and analyzing all of these streams of data. It’s certainly true a Presidential election is about collecting public opinion as much as anything, it’s pretty clear they’re developing a pretty comprehensive factual resource. I really like the nugget in the article that mentions combing both traditional streams of data with social media streams to create more holistic and targeted information. That’s a model we in the geospatial industry are quickly moving to adopt, with greater and lesser degrees of success. It seems to me there might be a lot of lessons to be learned in the geospatial community as to how to gather nuggets of useful knowledge from similar efforts.

Main Topic: Thoughts on the GAW2011 theme ‘Geography: The Adventure in Your Community’

Posted by: Jesse | on September 19, 2011
Posted in Podcast, Show Notes | Comments Off on A VerySpatial Podcast – Episode 322

I’m going to cop to this not being an overtly geographic post… but it’s Lego. And augmented reality. If I may indulge to my inner child for a moment… SQUEEEEEEEEEEEE!!!!! In all seriousness, it’s a pretty need implementation of augmented reality in that it doesn’t require any special printing on the box. They simply take the picture in 2D and create a 3D model from its pre-configured library, adding in animation and sound. That works pretty well if you have a set number of known models. I also really like some of the navigation techniques they’ve used.

Posted by: Frank | on September 19, 2011
Posted in AugmentedReality | Comments Off on Lego and Augmented Reality

Wind up the hoopla as, on September 17th, the NRO declassified the GAMBIT and HEXAGON series satellites. Gizmodo has an interesting photo collection while over on the NRO website there are various documents including fact sheets, histories and videos about the satellites.

Posted by: Jesse | on September 18, 2011
Posted in Remote Sensing | Comments Off on NRO desclassifies 2 satellite series